It’s when I’m walking from one room to another at an estate sale, when the thoughts quietly file in. When my eyes slowly scan the carved cologne bottles on the dresser. When my fingers trace the hounds- tooth design of another woolen jacket jammed in tight between the other jackets. Shirts and slacks, still creased from ironing She did over the course of five married decades. Waiting upon their hangers in the closet, unaware that He won’t be coming back. I look to the floor, see square tips of white dress shoes and then close my eyes to see a little more of their old life; supporting strong young man feet carrying his bride, to embracing aching old arches shuffling on the sidewalk. I quickly look over the quilted bedspread where her robe is folded neatly on top of a pile. I mute the words of lovemaking that were certainly whispered there long ago and choose instead to hear the sounds of sizzling bacon, Christmas laughter and songs sung until baby’s fever broke-the sounds that only robes can best recall.
It’s after I’ve marveled over the exceptional condition of the television console. After I’ve slowly slid the kitchen drawer back into place, is when I start to wonder. I start wondering how many times the screen door was slammed shut through the years and I hope the reason was more about windy days rather than angry words. I’m left wondering how many tears were shed under the dim kitchen bulb. I’m left hoping there were more hands of Canasta played on the dining table underneath  than there were hands clenched in frustration or wrung in grief. I wonder if they were reminded of how much times were changing and if they’d ever been insulted by their children mocking the old fashioned foolishness of their marriage and traditions.
As I turn over a price tag in the garage; tied to some long and rusty reminder of how He survived retirement, I wonder if they ever suffered angst over choices which couldn’t be changed anyway. Reminded by a loud and haughty  generation about old folks wasting their years staying together over some piece of paper, I wonder how many times they secretly surrendered to believing the same-depressed and panicked about their lives being over or things being too late.
When I’m sitting in the car, faint traces of Lily of the Valley and Old Spice still with me from the house , I can’t help but think on a sad and silly thing. About us. On how we were so smart yet ended up unable to earn or maintain even a portion of the happiness they had. Or even a smidge of the certainty.

I think about how they had each other to privately observe the lumping and changing of flesh; accepted with loving forgiveness due to decades of familiarity-mercifully spared the harsh scrutiny of a modern world of mating rituals which are rightfully, by nature, domain of the fertile young. They had the privilege of being known, understood, sought after, tolerated, cherished, admired, fought with, hated, taught and loved by one companion over the entire journey. While we  end up starting over and over again, forced to bend and often break in too many different directions. Needing to retell one story too many times to too many question marks with faces. They had the blessed fortune of arriving at forgiveness much quicker, despite the occasional separations they were never that far from a home to return to. Unlike us in this world today-lucky if we have a home at all where we’re tolerated. Or even known. Each being the other’s witness to his or her evolution-while we exist as perpetual strangers with pasts unknown with no appreciation voiced for  progress made each time we bloomed into someone new. Many times, new and better..for no one.

For these reasons and more, after each estate sale I go to, I carry great appreciation and hope. Hope that from somewhere and by some fantastic way that They know how valuable the things are that they left behind. Like the example of true and enduring love being a real possibility worth working for.

For the time a future generation is going to need it in order to recover from our pathological insistence on it being a broken concept. 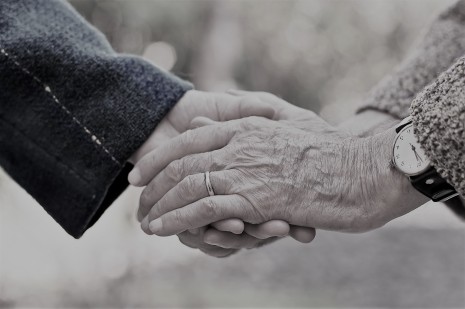 ← Fools’ Theater of Distraction
Truth of the Matter →