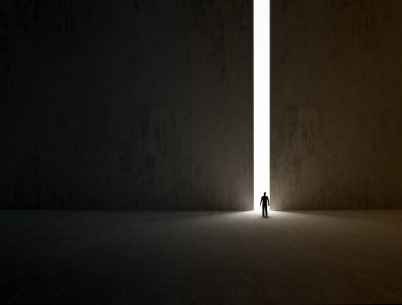 The insistence of men continuing with this notion of being able to” save” this or any planet is one of the most embarrassing examples of an out of bounds ego.
It is a planet. Not a bowling ball. Not a wedding reception. Not a pet.
A planet.
It has sustained damage and recovered from meterorite collisons.
I’ll assume that means it’s had a case of the nuclear winter sniffles at least a couple of times.

Legislating laws over this notion and punishing people for not abiding by this, is a twisting pinch to the ribs to say the least.
Especially..when the notion was proven to be wrong a while ago.
https://www.telegraph.co.uk/comment/columnists/christopherbooker/6679082/Climate-change-this-is-the-worst-scientific-scandal-of-our-generation.html

My purpose of sharing information is not to encourage people to confront their government.
That is a foolish and well prepared for misstep.
It only invites repercussions of a more severe nature into one’s life larger than the anger or disappointment of any discovery.
We can recover from disappointment.
A lifetime in prison? Not so much.

Our purposes for speaking out should be-
To let a people know facts that they may not have been aware of.
To encourage them to learn how to recognize when they are being misled.
To encourage them to understand that “important” figures in charge of our lives can and do lie. They are human men and women, that’s all..and being a bunch of liars is something we all have in common.
So they can learn how to accept the presence of and tolerate the difficulties from whatever damage these deceptions may bring.

For those who are really into that whole forgiveness kick, there’s even opportunity to relate to their evils and maybe root around and find a bit of empathy for them in the fuzzy corners of a pants pocket one day.
Not admitting when a cashier accidentally gives you an extra twenty is a far cry from bilking millions out of people through a bogus charity campaign….but the core is the same.
You wanted some extra money and despite it being against the law, and against basic moral principles, you went for it because no one saw you. Same thing, only bigger.
Muuuuuch bigger.

It should be about understanding truths, even if justice is impossible.
We can save precious money and energy we invest in hunting for truths.
We can find a certain closure to the grieving of having lost something precious, like a child’s intellectual functioning ability.

We can find closure in order to move on and heal.
When one is hunting for answers , often racked by imagined guilt, it can take years to get to that point of closure. Finally knowing a truth, although devastating at times, can at least free people from the chains of wasted and uneasy days that fruitless searches provide.

I hope knowing certain facts will free people from the little ways we “hero worship” those who claim to have our best interest at heart.
We can ditch trivial everyday actions like being at a political rally and practically waving one’s arm off the bone in an enthusiastic attempt to have “The One” look in their direction.
We can tone down on the excitement in one’s voice when discussing a popular politician to one’s children.
We can learn the simple habits of double checking the “facts” coming out of an authority’s mouth with the same snide determination as one does with a co-worker or friend-who happens to be telling the truth.

There are a dozen little things we can do, on an individual/family basis, to unburden ourselves from this natural trust and awe for individuals in highest authorities.
A self degrading habit which has us willingly walking straight into deceptive traps laid out for us.
By the time a society starts getting legally punished for unjust laws, trust me, we’ve already spent a good time voluntarily accepting the earliest forms of these laws . Along with a good amount of time bullying and shaming other people around us into them as well.

We don’t need to break laws. We don’t need to make things easier for them  by  castrating ourselves neither.
There aren’t millions of soldiers, who died screaming in agony across this globe, dead in the ground because they thought they were fighting for us to live as slaves.
Remember that and stand up strong for yourself while things are on a ‘voluntary’ basis.
So by the time you’re fuming about standing like an idiot in a check out line because you weren’t allowed to spend your own money or being rudely felt up by some unknown pervert servant in public..at least you’ll know you did all you could as a Free and adult Man..and a free and adult Woman.

Guilt over knowing you didn’t do simple things to stop wrongdoing is something that haunts you until the ends of your days-especially when it’s wrongdoing suffered by your children.

THAT’s why I speak.
It’s long passed time to cease exclaiming the “oohs” and the “ahhs” over our naked emperors strolling down the street in their imaginary finery.
If being humiliated and stripped of our dignity is something we have to endure, then our foolish, repulsive and mishapen emperors can spare some dignity as well when society finally reaches the point of looking away in disgust.
When we respect them as being no better than any random bum living on the streets.
Then, finally, ignoring them all together as we step over them to pay their taxes and quietly strengthen our families in private.

← Smart Enough to Get Everything Wrong
raindrop →