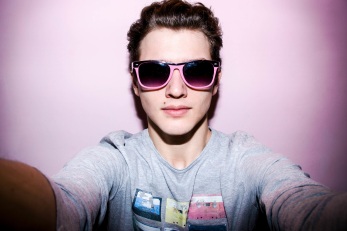 to when The System starts in with that whole

“your parents are unfortunate victims of a much more bigoted era” thing.

When they stir up talk of “homophobic fear” and verbal “hate crimes”.
I find it downright ridiculous that it is now my generation’s turn as head

of the Hate table.

I would probably be bold enough (and nuts enough) as to offer to bet my eating every button off of your shirt if you can’t spot more than one genetically male character that does not look at least a shade bit effeminate within any fifteen second segment. Maybe even the entire movie.
Like, seriously.

If you happen to be too young to be familiar with the general styles in media and advertising from the 80s, I will assure you that it was more than one film where our male teen “heart throbs” were gussied up with plenty of eye make-up, girly type hair dos and (lord have mercy..our poor, poor eyes) spandex leggings in which our “hot” rock stars could bounce around in.
Now, The System has the gold plated nerve to choose current parents and grandparents, who came of age within the painfully androgynous  80s, as a prime target to shake an all mighty ten pound finger re:”tolerance” at ?

I took my youngest on a quick video tour of historical 80s videos.

I showed him what girls were encouraged to find “sexy” (throughout the whole of media) with stars like David Bowie, Boy George, Adamant, Duran Duran, Wham….and many more. We shared quite a cross generational chuckle over that, for sure, when I reminded him of how hot and heavy the media is now still branding people as “homophobic”.

It’s not exactly the most legitimate evidence of us being raised with or subject to develop tendencies towards such “intolerant” and “bigoted” viewpoints.
I would suggest that alleged engineers of this alleged socio-political carnival address the obvious flaws. Get their act together a bit more.

Certainly they can spare enough faith to know most of us voluntarily “sign up” for whatever waits for us in the future.

We pretty much follow and do as we’re told for the most part anyway.
A little time taken to revise the silliest errors shouldn’t result in too much loss-if any at all.

For, even though the laws weren’t tied together as tight as they are now and there were two high profile murder cases which shook more Americans awake to the dangers of “turning blind eyes” to gay-centric bullying…to even suggest we have somehow evolved into stone age bigots who need the “patient understanding and guidance” of our children to draw us into the “modern world”..
..looks and is  about as ridiculous as ridiculous comes.
Like, really.

← Truth Is As Love Is
this One Question →