If I was sure that my post wouldn’t be “lost” or ” vanish”..as I have seen it do on specific topics..I would be more than happy to directly respond to a  nurse who  nabbed her proud and snappy fifteen minutes via a rude and snarky ramble to “anti-vaxxers” on Facebook.

(For now, I’ll simply do the ole “dear diary” thing, vent and take comfort in knowing I’m leaving another page for a future generation. One who is going to need as much proof as its poor heart can get..to know that not all of us gave up. The more we leave “notes”, the more they will at least know our silences and non-action were out of our control. For as easy as we’ve stepped aside to allow strangers to place “mentally ill” labels on our babies , experiment on our children , investing more energies into protesting over animal rights…it truly seems as if we just don’t care enough. If at all).

For the love of our children…
Could you simply close your mouth for one self aggrandized minute
and understand what is exactly at stake here?
Can you manage for one simple and blessed minute  to put aside the sarcasms and the belief that you are amongst the ONLY human beings on this earth with “proof” on what is right and what is wrong?
Can you pretend for ONE minute that tens of thousands of heartbroken parents are NOT  “morons” as you’ve been brainwashed and groomed into saying?
Hm?
You act as if the almighty medical community and all off its thousands of workers WOULD be in the know if something would have been instituted
and carried out from a much higher authoritative level.
You wouldn’t. You are not that important as to be included in at talks at places like CERN(though they claim to “have nothing to do with production) , or are you?

https://home.cern/news/news/knowledge-sharing/how-can-machine-learning-improve-vaccine-production
How the heck would nurses KNOW WHAT they were given to inject into children?
Have you tested vials and tubes for yourself? Are you so cocksure because you carry a lab with you and you’ve personally analyzed the effects?
Of course you haven’t…you give what you’re given and if you dropped your pride for one second, you’d admit there IS a common sense risk that evil CAN work its way around your oh-so-respected head.

To state otherwise, you prove yourself to be more egotistical than you already have.
You do as you say and bathe in the glow of important intellectuals inviting you into their world so that you too may claim a scrap of that indispensable “importance” for yourself; a “glorious” caregiver set aside from the unwashed masses.
For heaven’s sake….NO..you would not know.
Just as you do not know that there was SEVERE concern, in 1910, over the talk of disreputable doctors and scientists scheming on raising enough alarms to create a Health Dept monopoly..which obviously happened. And stayed with us.
Here it is. read it.

The_Bismarck_Tribune_Fri__Nov_18__1910_
Just as you don’t acknowledge that intellectuals DO and HAVE willfully and purposefully hurt human beings in their experiments and meglamaniacial controls.
Once again…do a little reading.
https://www.naturalnews.com/055255_evil_government_medical_experiments_US_history.html

Just like you do not know the Nazis credited..US…AMERICA…for the “fine and good” work we executed in controlling the population of our undesirables.
Hitler displayed his knowledge of American eugenics in much of his writing and conversation. In Mein Kampf, for example, he declared: “The demand that defective people be prevented from propagating equally defective offspring is a demand of clearest reason and, if systematically executed, represents the most humane act of mankind. It will spare millions of unfortunates undeserved sufferings, and consequently will lead to a rising improvement of health as a whole.”
Mein Kampf also displayed a familiarity with the recently passed US National Origins Act, which called for eugenic quotas. “There is today one state in which at least weak beginnings toward a better conception [of immigration] are noticeable. Of course, it is not our model German Republic, but [the US], in which an effort is made to consult reason at least partially. By refusing immigrants on principle to elements in poor health, by simply excluding certain races from naturalisation, it professes in slow beginnings a view that is peculiar to the People’s State.”
(this excerpt taken from an article at this link, which you can read and verify on your own time. Many of us are sick and tired of the harrassment from individuals who have no idea at all what types of people are actually in control; the type that would drop their jaws in pure disbelief and turn once cocky swaggers into drops to knees from PURE shame…over being so blind)

Never mind the fact that the World Health Organization is spawned by one entity that is NOT even our government..the United Nations,
which blatantly cuddles up to and accommodates tyrants and thugs that YOU’ve been taught to hate. In that fact alone, I ask you, why on this earth WOULD I be obliged to trust them?
https://www.forbes.com/sites/claudiarosett/2015/09/25/the-u-n-s-parade-of-dictators/#330e3ecc4f5f

You wonder so much how “smart” people could possibly be so “ignorant”?
Well, I pose the same question to you but in a more direct line to the horror many of us have had to face. Near exact echoes of Kissinger’s words known and used as lies to developing countries decades ago….

….NOW being seen and used in legislation and intention in a charter stating what will be done about our  disabled – 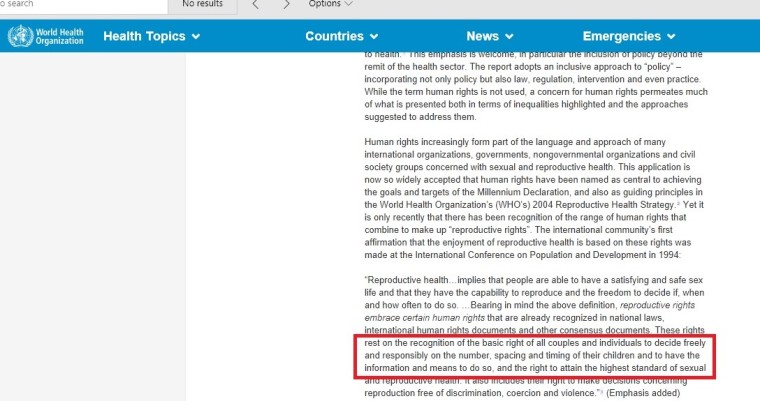 -our children that thousands of us are watching suffer and/or be “snifffed out” in our classrooms for signs of mental disabilities to be studied and put on experimental meds.

Since before we were even aware of high the numbers would become…despite not being given any answers on the “How”.

An added insult, on top of it all…being told we have no choice and obligated to do as we’re told by a non-elected entity

https://www.un.org/development/desa/disabilities/convention-on-the-rights-of-persons-with-disabilities/article-33-national-implementation-and-monitoring.html
How in this world can YOU be so ignorant? As you and brazen bandwagoning others have the gall to challenge and insult us as you do, it’s a sober and fair question to demand right back to you.
How long and how many more children being turned into forced wards of The State do you need to loosen this lousy steel grip on “being right(eous)” and start helping us, instead of hurting us on mere words of people you think you can trust? Until it’s your child?
One thing I can agree on, it IS a “we” thing…but for Christ’s sake, not on the side of measles…something far, far worse.

Stop acting so naive as to think diseases can ” mysteriously” make returns after being declared “gone”…especially after recent years of non-stop “get your shots” and constant PSAs on “You gotta get vaccinated” every damned time we turn around.
SURELY, you must be smarter than that.
At the very least, able to stop bullying with your sarcasm.

Life has been made horrific enough without your abuses and contributions to the mass mob abuse. For what? So you can puff up your chest proclaiming something the majority agrees with you on anyway? For your worthless upvotes in this giant high school cafeteria?

Being an adult ASD I can let being callled an “fing moron” roll off my back, I’m that used to it from my youth. I don’t give a damn. I can and will take it. You are not the only one who had that smart-ass certainty in my “country caring for me” and human beings in general.

I guarantee you…my heart STILL aches horribly if there’s any doubt on how devastating this potential nightmare scenario is to me and many others.We don’t even have a court in this world to address our grievances if/when disclosure ever occurs.

THAT’s what is so urgent about our stance to stand up. All we have is each other.

There has to be a point, if you truly think yoursef so enlightened, that you can realize how very animalistic it is of you to challenge and berate the  parents out here who are screaming for you to at least back off (be happy the majority is in your favor) if you can’t have the decency to look past “all that you know” and read what is in front of you.