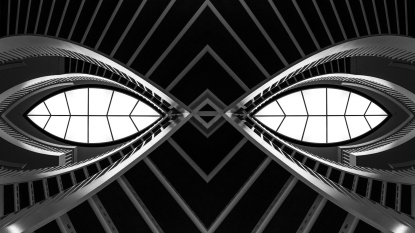 There is something vital that we need to learn and need to teach our children.

In our journey ahead (of diminished individual rights and upended truths) it needs to be stressed that the current scientific authorities are no more deserving of our continued and automatic respect than the tyrannical and unjust religious authorities that we “grew out and away from”.

If we seriously want a chance for our young to exist as free citizens again, we need to address our attitudes regarding our “authorities” and the damage being wrought on us by them… which is not that different from the dark and abusive times of The Inquisition.

With differences being..
Us being hunted down and singled out to answer to and atone for our “lack of mental soundness”, instead of a religious “lack of faith”.
(Although we are being slandered and threatened for refusing to have faith in what they demand us to have faith in.)
Those expressing themselves against The System (especially males) being persecuted out in the open in the same manner as “witches” and heretics had been. With a public looking on and doing precious little aside from blindly agreeing or jeering.
We no longer hear the screams from tortured limbs being stretched and torn out of sockets, but there are plenty of outcries from wives, husbands, children and parents whose lives are being savaged and ripped to shreds; manipulated with the help of Media, under command from deceitful and/or misled “universal experts”.
With more- vague- than- legitimate, one-sided “studies” being shoved into our faces and snide brush-offs serving as replies to our questions- actions akin to the long ago enforced “holy instructions from God” and the dismissive waving of jeweled papal gloves in response to pleadings for mercy.

For those too young to appreciate that we once had a Bill of Rights that worked in our favor, it’s that sort of emotional and social tyranny which made our “freedom of speech” a priority declaration-so human beings would no longer have to fear for their lives over the condition of their infinitely flavored, flexible and fluid words, thoughts and opinions.

To be punished for words you no longer believe in because you matured or forcing you to “pay” for thoughts you expressed in a rare fit of anger, haste or even drunkenness……means that the Punisher is declaring that you aren’t expected to change, grow or evolve in ANY direction.

And to prove that point ,you will be punished “no matter what” along with the very notion of a human being  ABLE to change ..stomped into oblivion for future generations.

The fact that you grew away from certain ideas, changed view on certain preferences or developed into a better person after years of work….will not matter.

Only rocks, books and shoes can’t grow or change. Things.

If nature had intended for a human life to be a life of being punished for simply being a human being…any fool would appreciate what a waste of time our creation would have been.

There’s no time in this space (nor do I have the heart) to start listing the pains, ills, discomforts, upsets, confusions and violence we’ve been forced into suffering because of our blind trust in these what are termed as “prickle” sorts (within the included excerpt).
These “prickles” are going to puncture and bleed us dry on account of us being too gullible and “gooey”.

Alan Watts was a respected contemporary of these “authorities”; those who now clutch the keys to the kingdom in their tight fists-playing “god and master” and lording over human conditions which they themselves suffer deep and obvious deficits.

The presented section comes after he explains the history of how they (academic/scientific elites) came to secure a world’s confidence.

After centuries of suffering Religious overseers and the mythology of their “rights” to steer humankind in the ways they saw fit, the alternative philosophies Science offered seemed a naturally saner and more secure bet.
Within the neighborhood of a century or so, we’ve obviously come to find out just how painful bad bets can be.

We need to groom a solid sense of confidence into our young.
So they can at least avoid the shame of bowing their heads to other mere humans. Humans who don’t have the decency to act respectfully nor care to be humane to us because of this rigid insistence on us being “just things” that only They can “set right”.

We can start doing this, that is, if enough of us still have enough courage and common sense to do so.
If we hold any sort of concern for our children’s future Wellbeing. Or for their ability to love and be loved.

If the System can have the audacity to teach our children that our teachings as “old fashioned laws” are “long passed their time”.. then it’s our duty to stress how complete and total subservience to other mortal humans (re control over matters concerning one’s body and mind) is as primitive as it gets..

…and is the very last thing that our forefathers bled and died for.. in wars they were marched into… under the guarantees that they were doing so as protectors of their children’s “future freedoms”.

It’s the best gift I’ve given myself in a long time..if not from over the course of my entire
lovely and lousy… brilliant and bumbling….victorious and victimized…and mostly blessed and lucky lifetime.
Out of Your Mind: Essential Listening from the Alan Watts Audio Archives

← A Petition Worth Writing
WHO is Asking For WHAT? →