On one rare occasion, I felt a bit bad having written the following poem.

I see one of them snark off with some smart-ass comment at a journalist who was polite as could be, with a legitimate question. As he gets an insulting chortle of a response, when the proper thing for him to reply with instead, could have been..

“Who the hell do you think you’re speaking to in that tone and with that foulness flying out of your miserable little face, hm?

You better take a step back, son, and let’s see if you can try speaking to me like the grown human being man that I am.”

As we’re dying, being sterilized and poisoned..

Lied to, flustered and misled..out in the open as we are..

It simply makes their already frail and brittle bone diseased humps just that bit of a degree uglier than they already are. 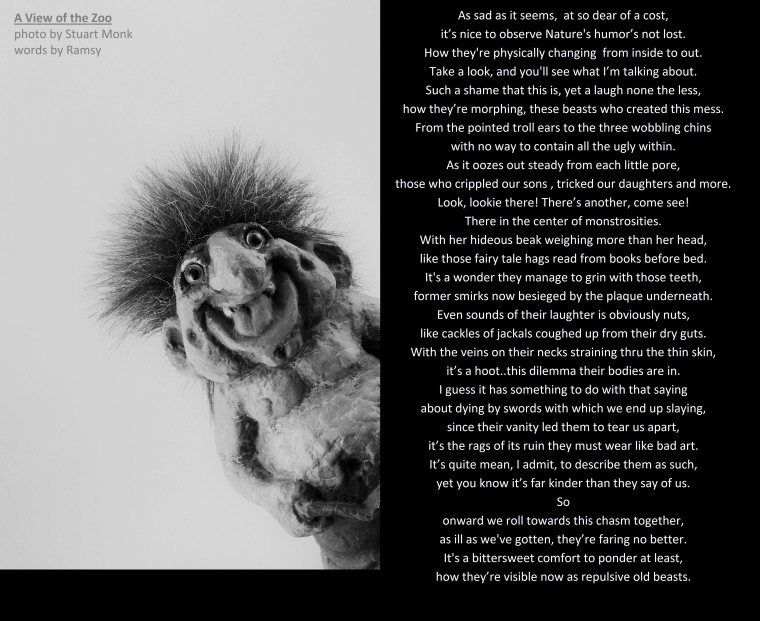